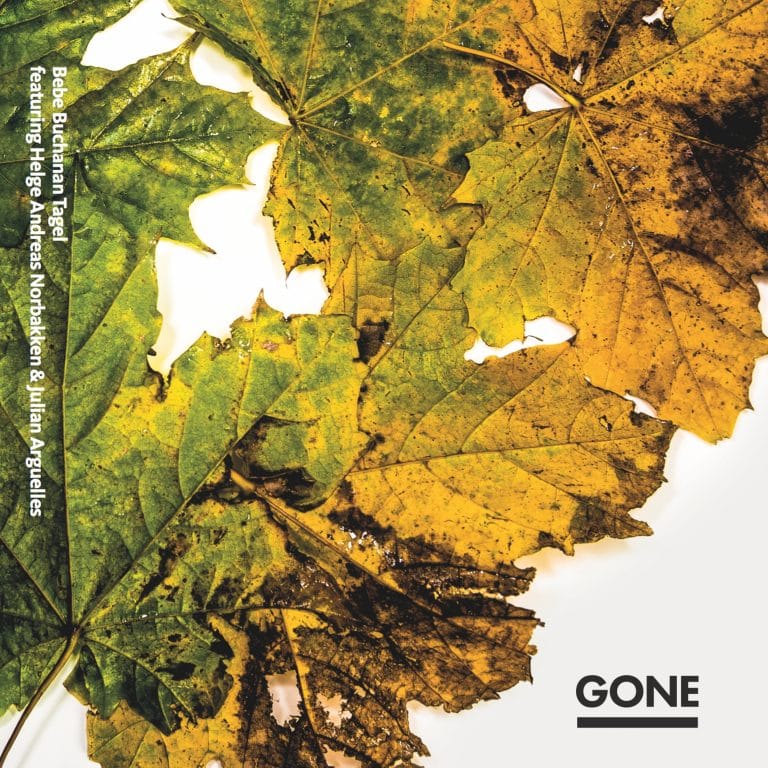 The Danish Bebe Buchanan Tagel trio (also sometimes known as BeBuTa) together with its two guests came
together in the spring of 2013 for a series of concerts in Jutland. Finding a common ground of lyrical
sparseness, they gathered in the recording studio to produce their debut CD as a unit. This is a showcase of
classic yet contemporary original compositions from all three members: pianist Søren Bebe , bassist Kasper
Tagel , and Jakob Buchanan on trumpet and flugelhorn. The two international additions to the line-up –
drums and percussion from Norway’s Helge Andreas Norbakken and saxophones from England’s Julian
Argüelles – round out the sonic landscape. This is truly a leaderless cooperative, in which each musician
steps in and out of the spotlight; nobody stays for long and yet the listener is never short-changed. !

The combination of five like-minded souls has produced a selection of delicate and refined performances
that nevertheless harness strong dynamics and display a subtle edginess. The recording (which took place in
Aarhus’ Finland Studio) has a clarity of separation that allows each instrument to be enjoyed for its own sake
as well for its part in the greater whole. In a sense, the title of the album is both evocative and apt. There is
a snowflake delicacy to these tunes in which the themes and motifs are constantly evolving and being
reinvented, establishing a mood of fleeting individuality – each moment of beauty is indeed quickly ‘gone’ to
be immediately replaced by another… and another… !
All five musicians briefly reunited for a handful of concerts to celebrate the release of this recording and
once again, tantalisingly, they were gone, hopefully to return before too long…

Søren Bebe
www.sorenbebe.com
A leading pianist on the Danish jazz and contemporary music scene, Søren’s trio has released four albums to date, including the critically-acclaimed “Eva”, featuring US bass-player, Marc Johnson. 2014 has been a year of great variety for Søren, playing in the Scandinavian All Star band at the Java Jazz Festival in Jakarta (alongside Timo Lassy, Magnus Lindgren and Nils-Petter Molvær); an appearance at the Stockholm Konserthus with the Blue House Jazz Orchestra; the Copenhagen Jazz Festival with Cæcilie Norby, Lars Danielsson, Marilyn Mazur and Sebastian Studnitzky; and a long-awaited tour of Japan with the Sidsel Storm Quintet.

Jakob Buchanan
www.buchanan.dk
Having collaborated with Marilyn Mazur, John Tchicai, Chris Speed, Jakob Bro, and the Danish Radio Big Band. Jakob Buchanan has released five albums of original music under his own name since 2003. Granted a Fork Award in 2008, Jakob has with his latest Quartet release (“Some People & Some Places”) been nominated for two Danish Music Awards for composer of the year, and jazz album of the year 2014, and has been a recipient of an Arts Council grant since 2011.

Kasper Tagel
www.kaspertagel.dk
A hardworking sideman, Kasper Tagel has nevertheless found time to release a solo album (2006’s “Silent Journey”). Most of the time however, he is to be found touring the world and playing with a selection of the best modern jazz artists and outfits, including Danny Gottlieb, George Garzone, Nikolaj Bentzon, Jacob Fischer, Hans Ulrik, DR Big Band, Benni Chawes, Tiptoe Big Band, Rasmus Ehlers, and Sidsel Storm.

Helge Andreas Norbakken
www.norbakken.no
Utilising possibly the most unusual drum kit and percussion set in jazz – including car wheel rims and African drums, and played with branches and bundles of reeds – this ECM artist has played with most improvising artists in Norway and beyond; a few names at random would include Jon Balke, Jon Hassell, Arve Henriksen, and Maria João.